The Treasurer confirmed that the previously planned increase in the tax-free threshold from $18,200 to $19,400 from 1 July 2015 will not proceed. Instead, it will be "deferred".

Personal tax rates have otherwise remained unchanged. This means that for the 2012–2013, 2013–2014 and 2014–2015 years, the taxable income ranges and tax payable for resident individuals (excluding the Medicare levy, which is discussed below) are as follows:

Baby Bonus to be abolished and replaced

The Treasurer announced that the Government will replace the Baby Bonus from 1 March 2014 with the following arrangements:

The Government will extend the requirement to make monthly PAYG income tax instalments to all large entities in the PAYG instalment system, including trusts, superannuation funds, sole traders and large investors. 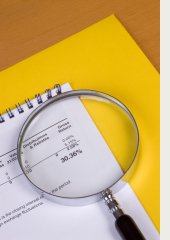 The Treasurer did not announce any new major superannuation measures in the Budget. This will be a welcome relief for the superannuation industry, which is already suffering from "reform fatigue”.

HELP discounts to be abolished

The Government will remove the discounts applying to up-front and voluntary payments made under the Higher Education Loan Program (HELP) from 1 January 2014. The discounts to be removed are: