The Assistant Treasurer, David Bradbury, has announced that the Government will prevent “dividend washing” by introducing a specific integrity rule into the tax law.

In a recent decision, the Administrative Appeals Tribunal (AAT) has affirmed a decision of the Tax Commissioner to deny a taxpayer’s claim for a personal deduction for interest and bank fees of over $120,000. 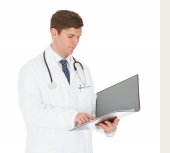 A doctor has been unsuccessful before the AAT in arguing that he should be declared a non-resident of Australia for tax purposes. The doctor had been working in East Timor since 2006 and submitted that he “resided” in East Timor as that was where he spent his time and lived.

The AAT has held that a partnership was not carrying on an enterprise and was not entitled to input tax credits claimed in respect of the relevant period.

The ATO has advised that, for the income year that commenced on 1 July 2013, the benchmark interest rate to be used in calculating the interest component on the repayment of a private company loan received by a shareholder (or an associate of a shareholder) is 6.20%.

The ATO has announced the amounts that the Commissioner considers are reasonable for the 2013–2014 income year in relation to claims made for:

The Government has recently enacted a number of key superannuation changes. These are discussed below. Importantly, these rule changes are not simple and individuals would be prudent to consider their options before deciding what to do.